When it came time for us to harvest our rhubarb for the first time, I turned to you all on Facebook for ideas. The response was amazing, a lot of great ideas came through. We’ve been busy with them too. So far we’ve made pie, which was quite great. And we I say we I made Hubby and I. He made the pie, and the jelly, but I made the crisp.

Rhubarb Crisp in the Slow Cooker

Now, before we get started, I had to use my small slow cooker, as I was already using my large one for supper. Summer is the season of slow cookers here. Heck, even the slow cooker is too hot sometimes.

So here it is.

Mix together the cut rhubarb, fresh or frozen, we used frozen, with the white sugar, little bit of flour, and cinnamon. Dump it in your slow cooker.


Mix together the remaining, creating the crumble. Spread the crumble over the top, place lid and cook on low for 3 hours.

It was so full I questioned if I was going to be able to fit the lid on top correctly or if it was just going to sit on the topping. It did fit!

Now you can see just how full my is here. If you are using a small (2.5 qt) you’ll need to cook it an hour longer. If your are using a  larger, casserole sized one then the 3 hours on low will do the job… this isn’t the only rhubarb crisp we’re had recently.

Once it cooked, and cooled enough to enjoy it, it was amazing! I may or may not have eaten most of both crisps that I have made. I have a really bad sweet tooth.

Have you tried making anything with rhubarb before? 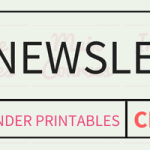 Rhubarb Crisp in the Slow Cooker